You found a travelling stone!

Part of an inspiring artproject with travelling miniatures and art on the walking trails.

These unique painted stones travel around the world. Every travelling stone spreads its own story of message of one of the participants of this artproject. Here you find info about this project.Below the story of this stone, location yourney and meetings with hikers.

The miniature, location and message.

This stone is dedicated to the story of Armin:

“Giving up is not an option. 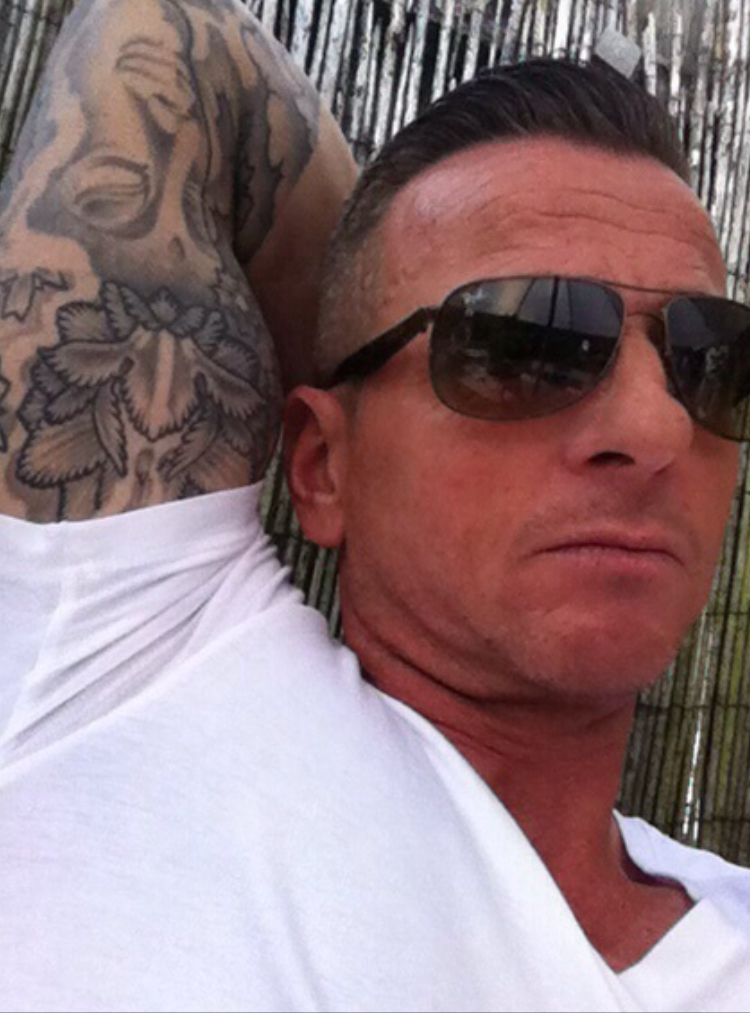 Four years ago, Armin, my brother-in-law, was told that he had MS. Although this is an incurable disease, there was relief at first. After a difficult search of 2 years in the medical circuit, it finally became clear why Armin was getting worse. Immediately a hospital admission followed, and Armin was going to receive prednison medication. The drug did not hit and his legs did not regain their strength.

Armin had a beautiful, well-trained body. Beautiful wide arms that were decorated with graceful tattoos. In addition to training in the gym, Armin also ensured that he received the right foods, lots of fresh fruit, fish and pasta. Because if Armin did something, he did it thoroughly and with a lot of conviction. Armin first attacked his illness by means of a strict diet, with the belief that the MS could be brought to a standstill.

Ordinary life was soon no longer easy for Armin, his wife Monique and their two children. Working had become an impossible mission, because his legs were functioning worse. And Armin had also become more sensitive to stimuli from the outside. He became tired much faster. My brother-in-law and sister-in-law remained positive. With all their hope and resilience they kept looking for ways to get the MS under control and to shape daily life. Armin looked for new meaning and picked up his old hobby: drawing. He made beautiful drawings of Buddha.

The decline continued and the crutches were soon handed in for a wheelchair. His hands also began to lose strength. Doctors were astonished that things went so fast. The diagnosis was adjusted to progressive MS.

Through a television program, in which an MS patient told how he had recovered after an experimental treatment abroad. Armin became convinced that he also wanted to be treated. He studied the medical side, sought contact with fellow patients through social media and saw that this would be his only chance. Armin was eligible for a hospitalization in Mexico. A costly undertaking. With a lot of confidence the page ‘giving up is not an option’ was opened on Facebook.

A lot of people lived with Armin and his family, in a short time they had the necessary amount together, thanks to all those lovely people. Together with Monique, Armin left for Mexico, where he received the stem cell therapy from which he had all his hopes. By shutting down his immune system, Armin was actually born again. Family, friends and sympathizers were relieved that Armin had been given this opportunity.

Back home, Armin had to be careful, he still had very little resistance. But, the first messages were positive, Armin had some more power in his hands. Step by step he tried to pick up his life, for example by going outside with the wheelchair. Armin loved sports and nature, he kept track of how many kilometres he had made.

My dear brother-in-law Armin is no longer there. The MS could not be stopped. The disease continued to destroy his body. He spent his days in a special chair, where he was lovingly put down by Monique every day. Armin, after a period of deep powerlessness, anger and enormous sadness, has come to the conclusion that he does not want to complete his life in this way. “I can no longer care for my family and not for myself”.

Armin has opted for euthanasia. Very carefully he and his family have gone through the process to the end of his life. With a great deal of admiration, I have seen how Armin found the strength to talk openly about this process and to say good-bye to the people he loved dearly. He was a strong personality, who stood tall in life. “

Location or travel of this stone.

Besides the travelling stones, there are also “resting stones” with stories, placed on the trail. Together all these stones form the international art routes.
Click here for more info on the routes.

Did you take the travelling stone? And do you want to leave it on a new location, so it can continue it’s journey? Click here.

This artproject wants to pleasantly surprise hikers through miniature art. A second goal is to initiate a new form of communication and awareness,through art and social media. The participant and I are looking forward for your story or response on this stone! (possibly with photo)